Founders
Though they had minimal resources, little experience in health care, and struggles with the language, Mother M. Frances Krasse and the early pioneer Sisters embraced God’s call to serve. They gave what they had with great sacrifice and love. They cared for people in their hospital and reached out to people in their homes. They never turned away anyone who came to them for care. And in return, God provided for them — and continues to provide for us — in boundless ways.
“Wonderfully and full of love has the dear God guided us during the past year. Each new day was a new evidence of the Fatherly goodness of God. How much gratitude we owe Him!”
— Mother M. Frances Krasse, O.S.F. 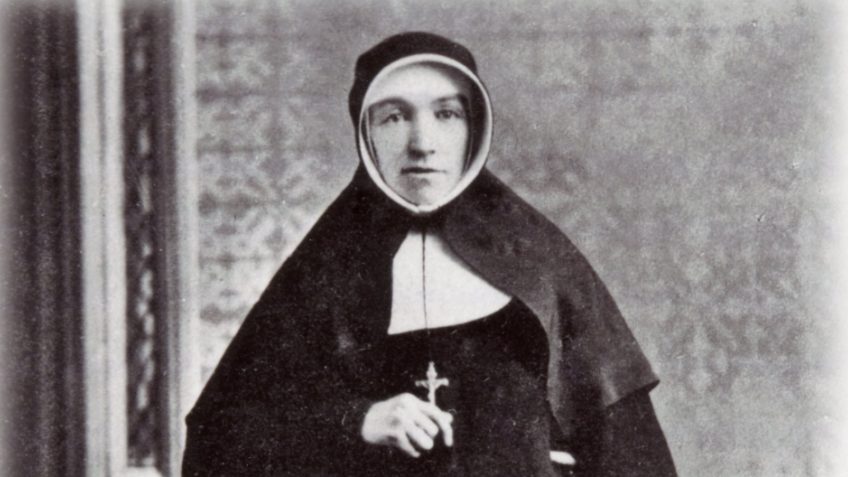 Born on March 23, 1839, Theresia Krasse was the fifth of six children in her family and lived in Herbern, Germany. In November 1864, she joined Mother M. Xavier Termehr in the new Franciscan community in Herford.

As a result of Bismarck’s May Laws (Falk Laws), which placed counter-religious pressures on the Catholic Church by the state, the whole community sailed to America on August 21, 1875. They settled in Iowa City, Iowa with the help of a priest they had met in Germany.

Later, on October 28, 1876, Sister M. Frances and five other Sisters arrived in Peoria. Mother Xavier had sent them, at the request of a local parish priest, to start a hospital there, which they called St. Francis Hospital. Sister M. Frances Krasse was appointed the local superior.

After Bishop John Lancaster Spalding, the first bishop of Peoria, arrived, he saw the poverty and struggles of the Sisters. He promised to help them if Mother Xavier allowed them to form their own separate congregation. In July 16, 1877 the Sisters of the Third Order of St. Francis of Peoria was established with Mother M. Frances serving as the first Mother General.

Things developed rapidly for the Sisters in those early years, including many new Sisters and several new hospitals. In March of 1885, shortly after the death of her younger sister, Sister M. Augustine, Mother M. Frances fell gravely ill with tuberculosis. On October 28, 1885, at the age of 46 — nine years to the day from when she arrived in Peoria — she passed away. 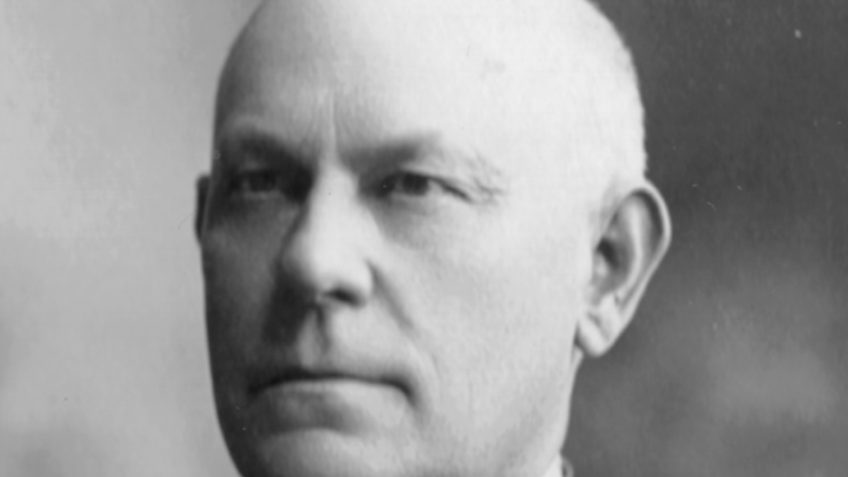 John Lancaster Spalding was born June 2, 1840 in Lebanon, Kentucky. He was ordained in Louvain, Belgium in 1863. After studying in Rome for a year, he was appointed assistant pastor of the cathedral in Louisville, Kentucky. In 1866 he established St. Augustine’s Colored Parish in Louisville. In 1872 Fr. Spalding was called to New York to write a biography of his uncle, Archbishop Martin Spalding and was later appointed assistant pastor of St. Michael’s Church there.

On May 1, 1877, at the age of 37, Fr. Spalding was consecrated as the first bishop of Peoria. Shortly after his arrival, he observed the Sisters who worked at St. Francis Hospital, seeing their poverty and challenges. He requested Mother Xavier to release them to be established as a separate Franciscan congregation and promised he would help them. He was present when the Sisters elected Mother M. Frances Krasse as their first Mother General.

Bishop Spalding directly assisted in acquiring the property for a new hospital. On September 30, 1877, he laid the cornerstone, and in May of 1878, he dedicated the new St. Francis Hospital in Peoria. He protected the community until April 7, 1899, when His Holiness Pope Leo XIII gave approval to the community and placed it under the protection of Rome.

On January 6, 1905, Bishop Spalding had a stroke which left him partially paralyzed. He resigned as bishop in 1908 and was elevated to the rank of titular Archbishop of Scythopolis. After his retirement, the priests of the diocese had a new home built for him near the hospital. (This house was later used as the residence for the bishops of Peoria, then later became the convent for the Sisters at St. Francis Medical Center.) 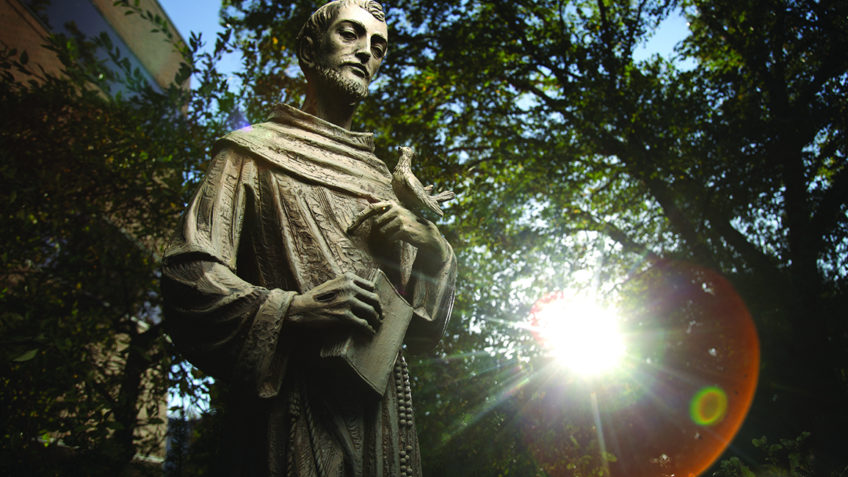 In his youth, Francis enjoyed an easy life of luxury due to his family’s wealth. He was a charismatic and likable young man who was enamored with life’s pleasures and enjoyed all the material comforts of the age. He yearned for nobility and glory, so at the age of 25 he rode off to fight in the Fourth Crusade wearing expensive gilded armor. However, Francis had only ridden a day’s ride from Assisi when he dreamed that God told him to stop and turn around. Francis obeyed the dream, despite the ridicule it brought him from his neighbors and how angry it made his father.

After he returned, Francis began to spend time in prayer, weeping over his sins. A while later, Francis was riding through the countryside when he encountered a leper. He was repulsed by the leper’s appearance and smell — yet Francis went to him and embraced him. When the leper left, Francis was filled with peace and joy he’d never known.

Francis’ steady conversion continued and led him to an old church in San Damiano. While he prayed in the church, he heard Christ on the crucifix say, “Francis, build up my church.” Acting on impulse, Francis sold fabric from his father’s stores to give to the church for repairs. His father was displeased, dragging Francis out before the whole town to disown him and make him return the money. Francis not only handed the money over, but he also took off all his clothes and gave them to his father, freely renouncing his inheritance.

Though Francis worked hard to rebuild San Damiano church, he later realized God had actually called him to repair the Church — with a capital C — which was facing heresy and scandal at the time. Though Francis was never ordained a priest, he began to preach, calling people to humble obedience to God and the Church. He wanted to live by the Gospel by giving all he had to the poor, taking nothing for himself, and bearing his cross daily to follow Christ. That became the foundation of the Franciscan Order — and while Francis had never intended to start an order, he accepted the responsibility of leading it once it began.

Many were hostile toward Francis and his followers, who wore nothing but rags — but their joy was palpable even in their poverty. It was their joy at giving all for the sake of Christ that attracted and converted many hearts. Francis’ love for God’s creation, his high respect for the Church’s authority, and his devotion to Christ’s Incarnation, Christ’s Passion, the Eucharist, and the Blessed Mother also inspired countless souls toward a deeper relationship with Christ.

Two years before Francis passed away, he received the stigmata, the wounds of Christ. He suffered illness and blindness before finally entering Christ’s embrace in 1226, at the age of 44.

Francis, the man who surrendered all earthly glory and comfort for the sake of Christ, who followed Christ’s call without holding back, received more than he could have ever expected. We honor him as our patron and strive to emulate his life of humility, poverty, and charity.